What is happening in the Myrtle Beach Real Estate Market-2014 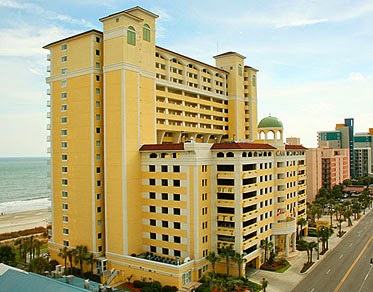 What is happening in the Myrtle Beach real estate market?
This is the one question that most people want to know, yet so few will give the answer. I spend a lot of time researching market statistics, interviewing bankers and other real estate professionals, in order to get a grip on where the market is heading. Of course, we never know until we get there but I have found that doing your research gives you a better understanding of where we are likely to be in the near future.

Before we talk about where we are heading, let’s look at where we have been:

It was roughly 8 years ago when the market started to decline and then eventually lead to a complete crash. The numbers indicated in 2006 that the market was heading downhill, even though the real crash is said to be in 2007.

It was in 2008, 2009, and 2010 where those who purchased during the high market were sitting back thinking the market would return and they would eventually be able to sell and get their money back.

It was 2010 where those that were holding on finally had to give up, and that caused a surge in short sales and foreclosures.

Things changed towards the end of 2012 and all of 2013. The market became surprisingly active again. We were seeing the days on market decrease, prices increased and multiple offers became very common. It took the real estate community by surprise. As a matter of fact, it turned around so quick that we started to fear that this was another boom that would eventually lead to another bust.

Here we are in 2014 and we are starting to see another shift. Again, the market is shifting downward for a number of sales categories in our marketplace. Not only are re-sales on the decline but new construction is also seeing a cooling off from the last 18 months.

What a roller coaster!
From low to high to low to lower to picking up steam to cooling off again.

After a lot of research, we don’t think the market is crashing. We do admit that there is a decline in sales, yet this decline may have more to do with the fact that a lot of buyers rushed to purchase real estate over the last 18 months.

Remember, there have been a lot of investors sitting on the sidelines for the past 8 years. They pulled money out of real estate and were waiting for the right time to purchase again. Over the last 18 months, we feel that a lot of sideline money has entered back into the real estate market.

We also know that large corporations have become real estate investors. There are corporations that own thousands of homes and condos across the country. Whenever you have corporations and investors entering the real estate market at the same time; that is going to eat into supply and push the prices upward.

We cannot deny a surge in prices and sales during 2013.

So, are we really cooling off or was 2013 just a fantastic year in real estate that the market could not sustain? I will leave it up to you to answer this one.

I think we are now staring at the NEW NORMAL!


The ‘New Normal’ is where we have a more balanced market. The ‘new normal’ doesn't have drastic ups and downs. Some call the New Normal a stabilized market. Supply and demand are not equal, yet they are not so far apart where we turn around. And seemingly overnight we have lost our equity or made significant financial gains on our property holdings.

This may not be the best news for someone who is hoping that the market is going to skyrocket and they can recover all of their past losses, yet it should be comforting to know that the market is much more predictable than it has been for the last 8-9 years.

Of course, anything can happen with the economy or the interest rates that may influence the market but until that happens, it appears we may experience a flat market for the next year or two.

If you have questions, we have answers.  Call us!

~Greg Harrelson
Century 21 The Harrelson Group
Follow me on Google+
Posted by Admin at 9:04 PM