All About Daniel Island in Charleston! 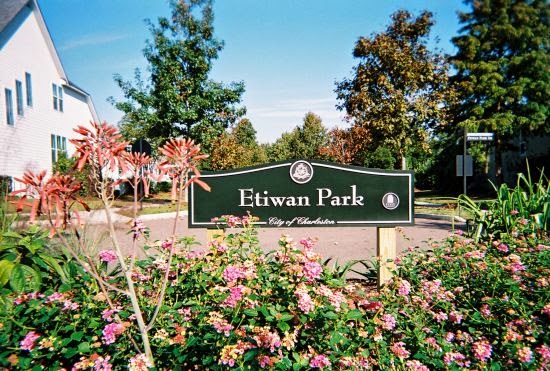 Nestled snugly between the Cooper and Wando Rivers, Daniel Island may hold Charleston's last untamed wilderness.  Named for who was once its sole occupant and former governor of the Carolinas, Robert Daniell, the island existed mainly as a farm, cattle ranch, and hunting area after his death when it was owned by the Harry Frank Guggenheim Foundation.

Daniel Island would likely have remained undisturbed if not for the construction of the I-526 Expressway. Seeing the writing on the wall in terms of desirability of the island for residential and business development, the foundation formed a plan for development that would allow for the growth of an affluent Charlestonian suburb while preserving the island's rich natural beauty and wildlife for generations of future residents.

The sale of the island to the Daniel Island Company in 1997 ensured that this plan would be held to its highest standard.  Of first and foremost importance to this plan was easy accessibility to the island's natural majesty. The developers have been cited for their "smart growth" approach including a highly coveted Award For Excellence from the Urban Land Institute in 2007.

The creation of eight large parks - Barfield, Cochran, Center, Daniel Island, Smythe, Codner's Ferry, Etiwan, and Pierce - guarantees that every residential development on Daniel Island has access to its very own park. In these hundreds of acres of parks residents can see the beautiful wood storks, herons, egrets and other wildlife such as deer and otter that make Daniel Island their home too.

If golf suits you to a tee, hold on to your cleats, because Daniel Island is home to the Daniel Island Club!  Host to the Nationwide Tour Championship, the club boasts of courses designed by Rees Jones and Tom Fazio.  If tennis or soccer are more your calling, then you'll be in "love" with the professional Family Circle Tennis Center and within site of the "GOAL" at Blackbaud Stadium!

Far from its isolated past, Daniel Island has a thriving downtown business area with a multitude of shops, restaurants, local businesses, and medical offices. The two churches and excellent schools bode for a solid family friendly community.  The style or price of real estate on Daniel Island is as varied as can be.

Downtown condos or townhomes, single family homes, marshland views, riverfront views, tidal creek areas, and multi-million dollar estates all make up the beautifully planned developments on Daniel Island. If you do not see what you like, don't despair! New home sites are available and start at the $150,000 range. Prices for existing homes range from a condo for $200,000s to single family homes in the $300,000s to luxury condos and estates for $2 to $6 million. Contact us today to explore the natural beauty of a home on Daniel Island!